Don’t Be One of the Sheep 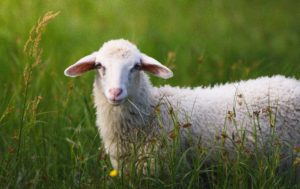 Those of you not on a full news blackout know that the world is dealing with a viral pandemic and that financial markets are dropping like a stone. We are now in a bear market, with the global All Country World Index having declined about 30% from its all-time peak in February.

There’s nothing unusual about the depth of this decline in the context of bear markets, as it is very average. What’s completely out of the ordinary—in fact, unique in market history—is the speed of the drop. Most bear markets take many months to play out. Even in 2008, after the Lehman Bros. bankruptcy and AIG government rescue, it took nearly 3 months for markets to fall as much as they have in the past four weeks!

Why are markets falling so fast? We think it’s because the economic threat—coronavirus—evolved so quickly and markets had little time to price in all the economic and financial contingencies. In addition, it’s almost impossible to make guesses as to what corporate earnings will be over the next couple of quarters, making it very difficult to properly price securities. Thirdly, computerized algorithmic trading is exacerbating price swings that were already unusually large. And fourth, many investors are selling out of necessity because of margin debt, near-term cash needs, loan covenant requirements, etc.

Right now, we’re at what is sometimes called the “vomit” phase of the market decline. Yesterday (March 18), for example, long-dated US Treasury bonds fell in price more than the S&P 500. This is something rarely seen and indicates that investors will sell anything to raise cash for their imagined Armageddon. Price and value have become irrelevant. Those who sell now are doing so out of panic or necessity, not rational analysis; don’t be one of these people.

Selling now is also a bad idea because timing is also a major issue. Even if you were pretty confident that the decline will continue, you not only need to sell at the right time, you also have to buy back in before the rebound starts—and that rebound will likely also be very rapid. You must be right twice, and this is virtually impossible (and don’t think we haven’t personally tried this in the past, so we know this from first-hand experience).

How Deep and How Long?

The speed of the decline tells us nothing about its depth. So you’re probably thinking: How bad will the economic downturn and market decline be, and how long will they last? Equally important: How long will recovery take?

Obviously, it’s impossible to accurately answer these questions without a crystal ball. A week ago we thought that a 20% stock market decline seemed reasonable given what we knew about COVID-19’s effects on the economy. But a week in the current environment feels like an eternity, as new information is coming at us so quickly that yesterday quickly becomes ancient history.

We can, however, look at market and economic history, and at how the coronavirus evolved in China and elsewhere, and make some educated guesses. But first, it’s important to understand a basic fact about financial markets: they anticipate the future, typically by 5 to 6 months. This means that the markets will bottom—and recover—long before the economy.

There’s no question that the Covid-19 pandemic is causing major economic disruption in much of the world. With the cascading lockdowns and temporary closing of many businesses, global GDP will take a big hit in coming months. How big is a matter of speculation and the estimates are all over the map, but there’s little question that the economic downturn will be steep, at least during the second quarter of 2020.

As we write, equity prices are down about –30% from their peak, pricing in a sharp economic downturn. But are they priced for a long downturn? What if the contraction lasts for 2 or 3 quarters? (For comparison, the 2008 recession lasted just over 6 quarters.)

That’s what really scares investors. They already know that the economic contraction will be deep. But it’s also possible that it could be long, stretching toward the end of 2020. If that were to occur, markets could fall further and/or recover more slowly. In that case, we could be in for a very long year.

Governments Are Pulling Out the Big Guns Early

2.     In 2008, consumers were highly indebted and were weighed down by high debt service payments. In 2020, the opposite is the case, with more manageable balances and much lower monthly payments relative to income (thanks to historically low interest rates).

4.     In 2008, the Federal Reserve put together several programs to help banks, companies and individuals, including massive buying of government bonds (QE), backstopping commercial paper, and guaranteeing money market funds. But these didn’t go into effect until late 2008, a full year into the recession. In 2020, all of these were put in place within the past week.

5.     In 2008, the government provided a cash rebate to taxpayers of up to $600 per person. Total cost was $152 billion. In 2009, the American Recovery and Reinvestment Act provided $831 billion in tax incentives and direct spending on education, healthcare, infrastructure and other areas. But this didn’t even start until the recession was nearly over. In 2020, the government has already passed an initial stimulus bill covering coronavirus testing, paid sick leave and other benefits. It is now working on another $1 trillion bill that includes at least $1,000 monthly payments to all working adults, and this is just phase two. All told, incremental government spending this year could reach $2 trillion. This is double what was spent in all of 2008 and 2009, it’s coming at the very beginning of the economic downturn, and it could yet be bigger than that.

Our point is that, unlike 2008, central banks and governments are acting fast and going big. (The ECB just unveiled an $825 billion bond buying program—the “Pandemic Emergency Purchase Programme”—on top of another one announced over the weekend.) And there will likely be more to come.

Remember, this is an election year, and President Trump and his fellow Republicans know that if the economy and the markets are in bad shape come November, their re-election chances will plummet. They will do everything in their power to mitigate the economic effects of coronavirus and try to get the economy and markets back on track before the election.

These are difficult times for all of us, financially, psychologically and medically. Many of us will become ill and sadly, some will die from a previously unknown virus. But humans are innovative and resilient, and we will beat this threat, emerging better and stronger. While worst-case scenarios see the economic and epidemiologic fallout lasting many months, even into next year, we believe that the world will gain control of coronavirus well before that. We are keeping well abreast of developments with COVID-19 and will continue to keep you informed.

Electronic communications are not necessarily confidential and may not be delivered or received reliably. Therefore, do not send orders to buy or sell securities or other instructions related to your accounts via e-mail. The material contained herein is confidential and intended for the addressed recipient. If you are not the intended recipient for this message, any review, dissemination, distribution or duplication of this email is strictly prohibited. Please contact the sender immediately if you have received this message in error.